Kaptajn Fisk is a small newly started business in Aarhus. They specialize in a slightly different kind of foot care featuring tiny fish that eats the dead skin cells off of the customer's feet. Kaptajn Fisk invites you with a casual atmosphere with grass on the floor, colorful aquariums and t-shirts for sale amongst other things.

While I was at my internship at Grobowski the visual identity had already been created for Kaptajn Fisk. However the website was still using a boring template which didn't fit the rest of the brand. It became my job to translate the visual identity previously created for print and turn it into something that would work on the web.

See the result at: www.kaptajnfisk.dk 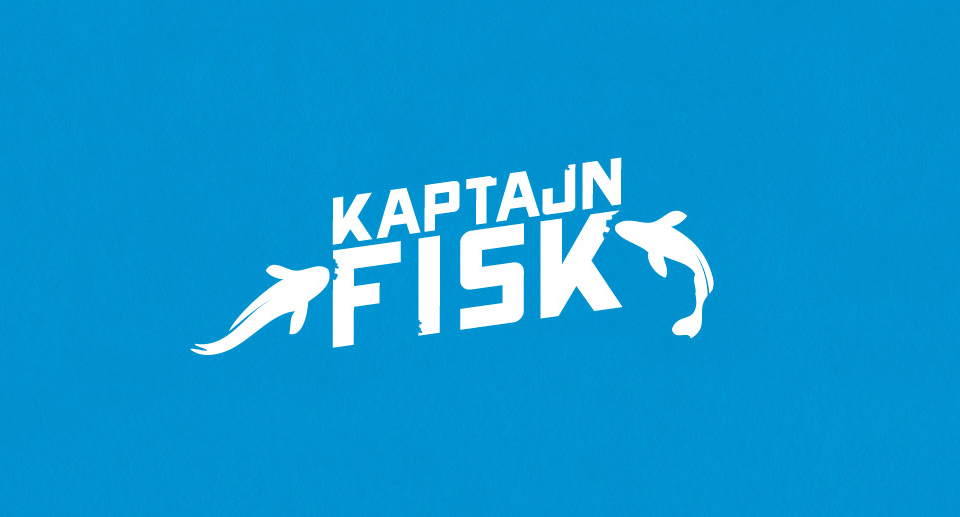 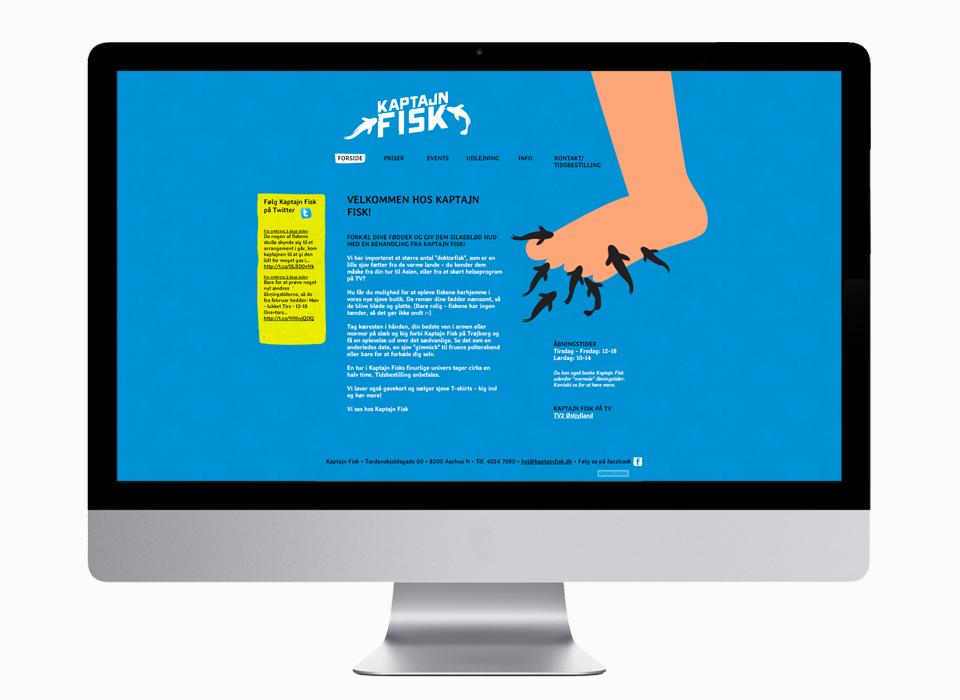 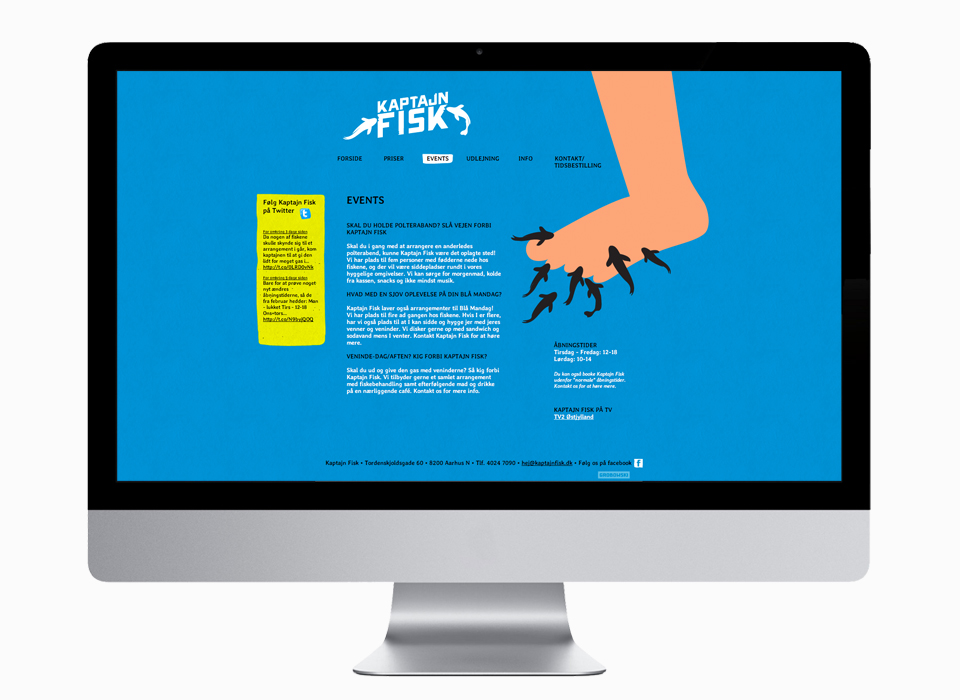